Promoting rural arts and crafts in Devon...
The Tuit Centre was a local arts and crafts centre based in Lewdown, Devon. The centre was an early version of the farm shops we regularly see now. During 1999, I produced a series of ad’s to promote their West Country Crafts, Butcher’s Shop, Country Kitchen, Local Produce and Workshops / Courses.

The brief was for a very traditional look and feel to attract a local demographic who could afford quality produce and gifts. 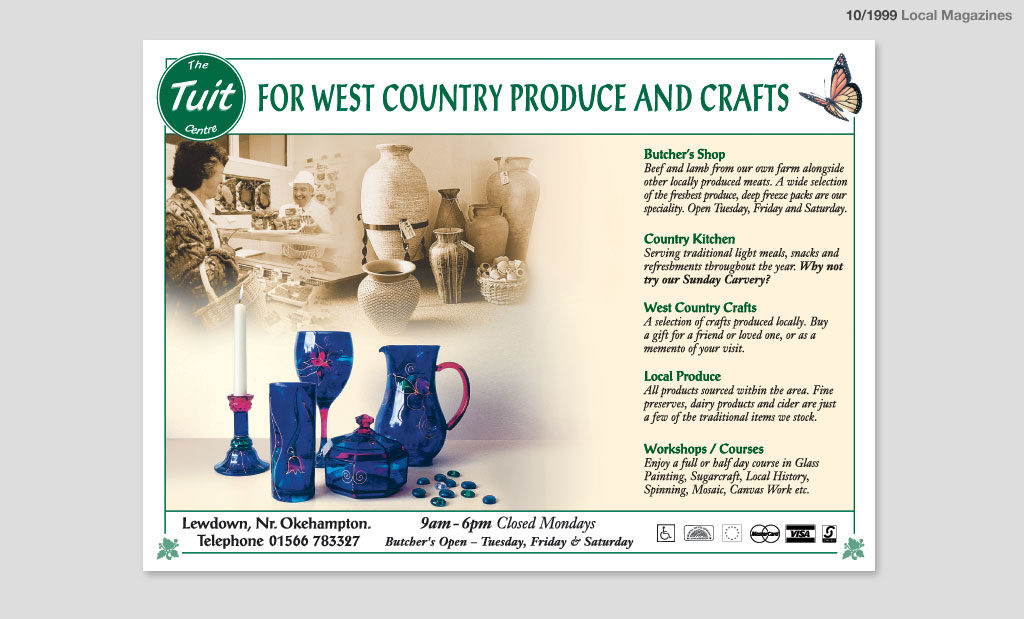 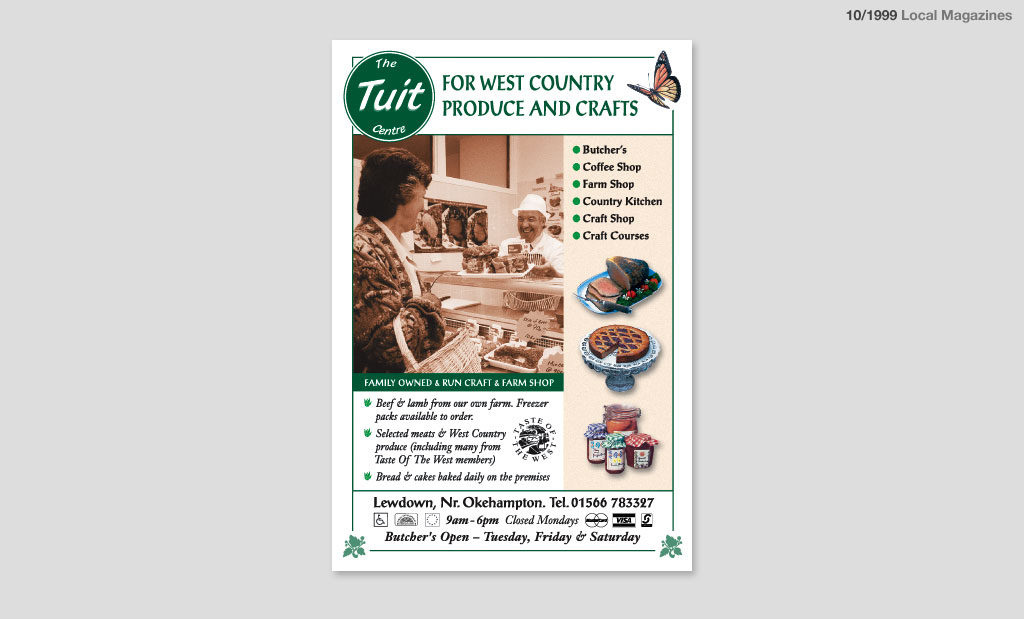 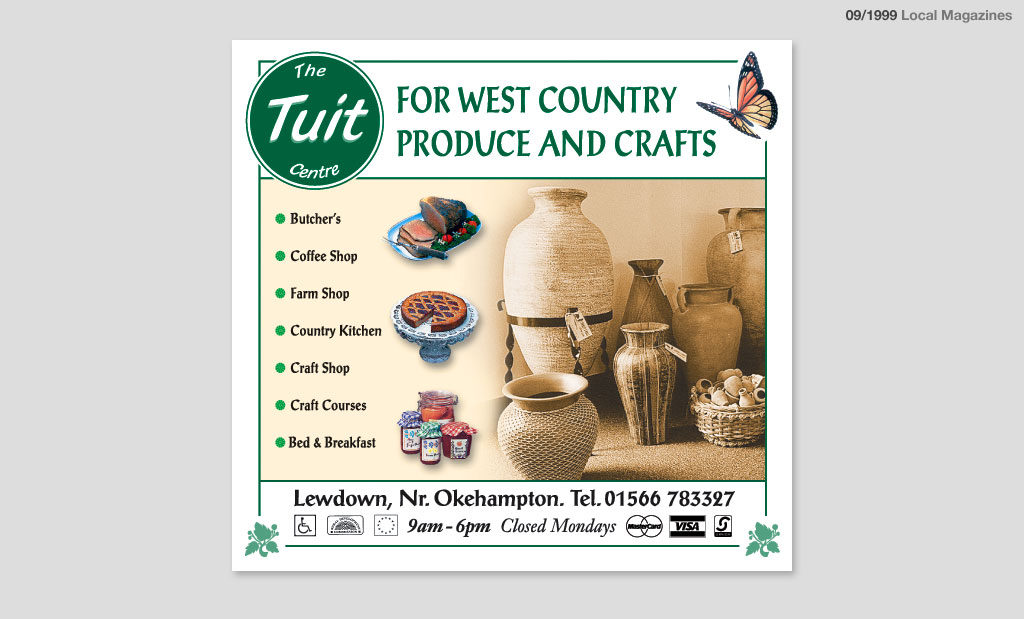